On page 23 the following sentence appears:
Joel Levinson, while just beginning his practice, is part of no school but a source of tasteful and inventive works. The authors’ assessment of Levinson’s work was based on a single project, the Brasler Residence, his first house, which he designed in 1965. This project led to hundreds of other commissions executed over the following five decades such as the residence illustrated above, designed in 1975 for Margery and Brad Lee and currently owned by Cary Ahl. 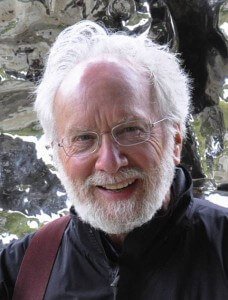 It is now a half-century since the Philadelphia residence for Robert and Sibby Brasler was designed and built. Although all of Levinson’s original architectural drawings and correspondence are being collected and preserved by the Architectural Archives of the University of Pennsylvania, and although he is now semi-retired as an architect and interior designer, it seems fitting in 2015 to create a complete digital archive of his work as an author, interior designer, photographer, exhibit organizer, and leader of various special project initiatives. Creating this digital archive is the purpose of this website. The site will be under construction as long Levinson remains active in the various fields that have attracted his creative energy and critical thinking. The goal of this presentation is to stimulate discussion, inspire creative works by others, and share Levinson’s ideas in the community of ideas in which he works.  In this regard, we invite you to visit:

CENTER FOR THE STUDY OF DIAGONALITY IN WORLD CULTURE