MUSIC FOR PEOPLE WHO LOVE TO DANCE

PEOPLE AT THE BOTTOM

MUSIC FOR PEOPLE WHO LOVE TO DANCE 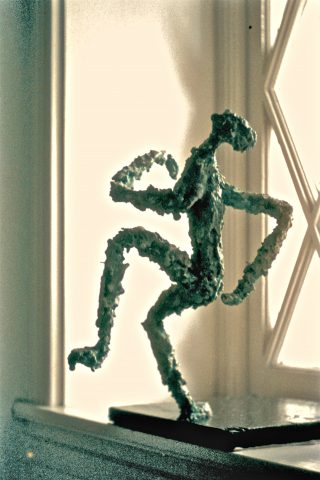 I’ve been dancing for 68 years and still dance almost every day. Too long at the computer and up I go dancing in my messy room or my living room to my favorite dance music — and that’s the reason for this blog post. I want to share the best dance music that keeps me going like I’m still twenty. At the end end of the list are several pages from my novel THE RELUCTANT HUNTER that deals with the first dance between young lovers, the protagonists of the novel.

Album: Standing in the Shadows of MOTOWN

Album: Standing in the Shadows of MOTOWN

My novel, THE RELUCTANT HUNTER, is a love story based on fictional and actual events that occurred during the Bosnian war of 1992-1996.  One scene deals with dancing, an activity that is dear to my heart.  The characters in this scene are the lovers, Azra and Jusuf (pronounced Yusuf), and Azra’s father, Suad, who does not appear, but is referenced.  The scene occurs shortly after Azra provides refuge for the near-death, college-age Jusuf, who had escaped weeks before from Serbian soldiers that had been transporting him to a detention center . . . and likely extermination.

Two weeks later, during a break in the bombardments, Suad left the house around dusk to visit his sister on the other side of town. Azra was listening to music as she vacuumed the living room. She threw in a little awkward dance step from time to time as she moved barefoot around the room. The rising and falling groan of the vacuum eventually wakened Jusuf from a nap. He came downstairs unseen and watched Azra as she worked. Although the air was still cool, she was wearing shorts for the first time, and the smooth lines of her well-shaped legs held his gaze. Without her seeing him, he pulled the plug out of the socket. The vacuum fell silent. Azra thought the Serbs had cut the power again, but the music kept playing.

“Hey, wise guy, I’m trying to clean,” she said, ever so slightly annoyed but smiling. She couldn’t read his expression. He walked over to her, took the hose out of her hand, and let it slowly slide down his outstretched leg to the rug. Although she had wanted to be in his company more and more frequently, she felt a bit frightened just now to be alone with him in the house. He was, after all, still something of a stranger whose life before his arrival in Bihac was nothing more real than what he had told her and her father. She had dismissed Dado’s idea that he was a spy, but from time to time, it briefly crossed her mind.

Although guarded, she did not pull away even when he put his hands on her upper arms as if to restrain her. Her face was blank, and she had no idea whether panic or passion would be her next emotion. He leaned forward and kissed her flushed cheek, and then raised her left arm and stationed it in space, perpendicular to her torso, straight out like the limb of a tree. She recoiled slightly when he hooked his right arm around her and placed his palm between her shoulder blades as he had done at the refrigerator. As he drew her against him, she was both expectant and nervous and wondered whether her old angora sweater smelled of perspiration. He took her right hand in his left and stood there until the song that had been playing ended. When the next song started, she feared that her thumping heart might give him the wrong impression.

“I’m not a good dancer, Jusuf. Particularly for dancing close.”

“Perhaps you never danced with the right man.”

At first she resisted, her body stiff, her limbs frozen with uncertain anticipation. He did nothing but sway to the rhythm of an old Sinatra tune, “Young At Heart,” a song her mother and father had played frequently. She didn’t feel that he was forcing her to move but rather that he was just holding her body against his. Finally, she let her body begin to sway in unison with his. Her smiles came and went in flickering, uncertain succession. There was a quiet well of power about this man, she felt, and it unnerved her.

“Okay. This much I can do,” she said. “But if you make me take a real step, you’ll know never to dance with me again.”

“Hush. Just listen. The music should be the only piece of your world that’s real right now. Close your eyes and relax. The music and I will teach you to dance.”

“At times. Eventually, you’ll forget about thinking what comes next, Azra. That’s what my dad used to say when he taught me to hunt. You want to be one with the moment, he’d say. Your mind and your body will fuse, and whatever should happen, will.”

Jusuf took one small step … but just one. She sensed it was a step taken to measure the speed of her response, the depth of her trust in him. He began to sway again, and she tried to sway with him. It surprised her that they were still not dancing. She felt as if he were secretly knitting their bodies together, dovetailing their breathing, and assessing her willingness to follow him. She had never felt this way before in a man’s arms—moving, but not moving—fearful but secure—unable to predict the next moment but strangely comfortable with whatever might come next.

“Are we ever going to dance, Jusuf?”

He laughed. “We’re almost ready. Now hush and let me and the music take you out on the river.”

He took a few more small steps, very slowly. She was with him now and rested her head on his shoulder and leaned into him. Her body nestled into his, and she could smell the nervous sweetness of her own breath. Once when Jusuf twitched, she assumed her hair was tickling his neck. When she coughed and was forced to slightly alter the tempo of her footwork, she was impressed with how Jusuf seamlessly wove her misstep into the dance step that followed. She felt there was nothing showy about how he moved, like others she had danced with, like Dado.

At one point, his own dance step faltered, and he almost lost his balance. “My fault,” he whispered. Whether this had been a deliberate move to make her feel more relaxed, she wasn’t sure, but the effect was the same. By the time the second Sinatra song ended, the pace of her breathing had quickened, but she tried to conceal it.

Another slow song came on, and she waited for him to start. He took his right hand from behind her back and touched her neck. She again closed her eyes and kept them closed, hoping for a kiss, but he again began to lead her across the floor, drawing her snugly against his thin but muscular frame. Then, without warning, he gently but confidently maneuvered his right leg between her legs in unexpected counterpoint to the music. Confused, she tripped. “Sorry,” he whispered. She felt that his leg, although intimately positioned between hers, was not placed there to arouse her. She followed him more easily now and gave him her delicate frame to move about to the music as he saw fit. Her small, well-formed breasts pressed against his chest, and from time to time, she tried to follow his lead by tentatively interleaving her right leg between his.

She had never made love with a man in her house before. That was her father’s rule. But now she was thinking about where in the house they would go if he made it clear that’s what he wanted. Which room, or would it be the basement, where she and Dado used to go as kids to touch each other. Would she be able to relax? She had been taking birth control pills, so that was not a concern. Would she be able to muffle her cries of pleasure? What would she say to her father if he came home while they were still alone together behind a closed door? Her mind spun madly like the red and white pinwheel she had saved from her ninth birthday party, her body sinking deeper into whatever it was he wanted to experience with her.

As Sinatra’s wistful “You Go to My Head” ended on a long trailing note, Jusuf placed the knuckle of his forefinger under her chin and brought her lips to his. It was a long, easy kiss but not a passionate one, not the kind of kiss with abandon she wanted just then. And yet she felt she had to hold herself back even though she was ready to give him everything he wanted. An extraordinarily sweet smile blossomed on his face, and after soaking it in, she smiled back and closed her eyes. She wished she were naked, that her skin was against his. As he moved his hands slowly down her bare arms, tiny gold hairs on her forearms rose up, as did the long searching hairs on her old angora sweater, as if they, too, were wired to the electrical storm pulsing in her heart.