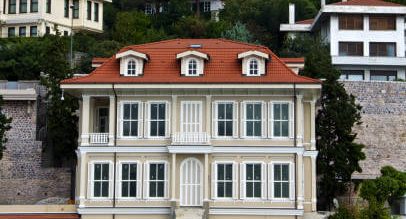 One of the problems in marriage is losing oneself to the larger entity of a marriage partnership. Another problem is familiarity breeds contempt. An often-quoted guide to loving is: absence makes the heart grow fonder.

Based on those three observations, I have long wondered whether an innovative house design might be an answer to a happy relationship. Instead of living in one “nest,” what about three? So, rather than buying one big house, by three smaller ones separated by party walls. The “house” in the middle becomes the common area composed for instance of the living room, dining room, kitchen, guest bedroom (where you could also meet for making love). One of you lives in one of the adjoining houses, the other lives on the far side of the common room.

Obviously, a larger house could be partitioned off or designed from scratch to achieve this end. It’s a living arrangement that would work well during pandemics or when one of you has a contagious illness.  It would work for snorers, for a couple in which one is neat and the other is less so, for times when there’s a fight and you just need some space, or when you just need to be alone to accomplish some goal.  Obviously, this requires some $ to achieve, but in the long run, it may save some money and keep you guys together.