THE SEA IN WHICH WE BLINDLY SWIM 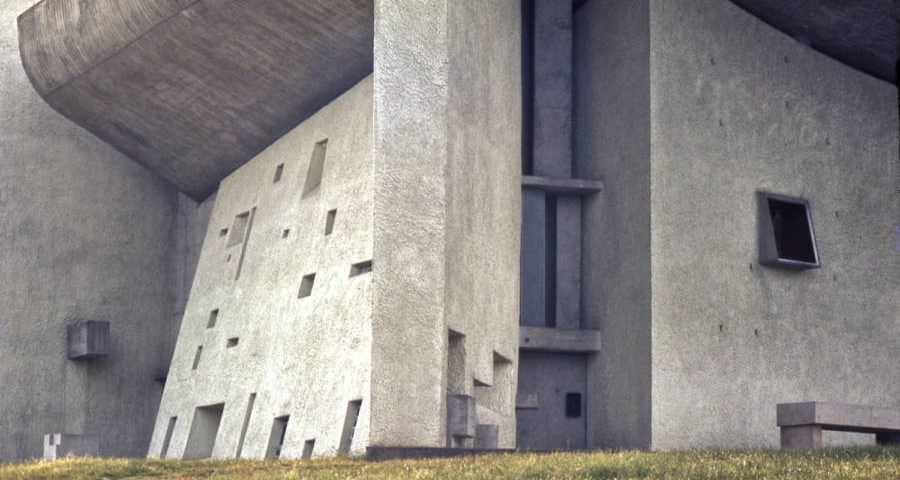 It used to be mandatory for architects to make The Grand Tour of the great buildings and ancient monuments of Europe. This was so for those living in Europe and for those starting out from this side of the Atlantic. The goal was to return home with measured drawings of important buildings and then replicate those revered structures or their details, be they from the Roman, Gothic, Renaissance or Baroque eras.

Even though that Beaux Arts requirement waned long ago, the Grand Tour is still taken by architects today. In fact an entire issue of the Yale Architectural Journal (Issue #41 – 2008) was devoted to the impact of the Grand Tour on architects such as Chestnut Hill’s own Denise Scott Brown and Robert Venturi. But today, architects from the continent also fly to the US to see buildings of significance that have been created on our soil.

Let’s be clear: most architects travel to see the buildings produced by the masters — but one architect trained in Germany actually traveled to the US to meet the masters themselves, having already met with many in his home country before emigrating here. Otto Reichert is a tall, distinguished looking man, quite cultured and well spoken, now living in Chestnut Hill. Now in his nineties, he is retired and walks with a cane. He and I enjoy frequent conversations about design, politics, and history while sunning or swimming at the Hill House pool.

In 1950, Otto got a degree from the Technical University in Karlsruhe, went on to Columbia University, then got his degrees in city planning and architecture at Harvard. Through the years, by “accident, luck, or persistent pursuit,” Otto engaged with some of the most creative and productive personalities of the 20th century.

In response to Otto’s cold call in 1951, the world renown architect of the Seagram’s building on Park Avenue, Mies van der Rohe, invited Otto to come to Chicago for a four day tête-à-tête. Otto was more than surprised to find Mies’ entire office no larger than a living room, with Mies sitting behind an ordinary drafting board (no desk), as if Mies was a mere employee and not a world-revered master. Just as surprising, there was only an office manager (an aristocratic Baron of some sort) and two draftsmen.

Mies and Otto took walks along Lake Shore Drive stopping to see Mies’ restrained, grid-like apartment houses then under construction. At one point, Mies, the stoic, suddenly exploded in anger when referring to a Swiss critic who claimed that Mies had lost the architectural vitality he had exhibited during his Berlin period. Before dinner, Mies and Otto each had three martinis; Mies, Otto said, could have kept going. Alcohol was as close to Mies’ heart as his ever-present cigars.

Otto was delighted when Mies directed his assistant to take Otto to see the striking and iconic Farnsworth House then under construction along the Fox River in Plano, Il. It was a memorably original, floating volume of glass and white painted steel built as a country retreat. Despite a lawsuit instituted by the client (with whom Mies had had a romantic liaison), the house remains a masterpiece of mid-century modernist thinking and is now owned by the National Trust for Historic Preservation.

At the Union League in Philadelphia, Otto once had lunch with the famous Swiss architect, Le Corbusier, along with some other Harvard trained architects. Otto told me that Corbu’s small stature was in stark contrast to his reputation as one of the most influential artists/architects of the 20th century. The attached photo is his sculptural chapel at Ronchamp, France, which I photographed in 1973. During the luncheon, the immensely famous Corbu nonchalantly reported that, “I am usually the last to leave the office and carry out the garbage.”

In 1957 Otto had a brief exchange with Walter Gropius under a full moon on the stairs leading up to the Acropolis in Athens. Gropius, always the teacher, said, “…these people…walk in silence around the Parthenon. If architecture can do that, it fulfilled its mission.”

In contrast to the reserved Mies van der Rohe, Otto describes Richard Neutra with his mass of silver hair (which Otto observed he frequently combed) as an utterly charming, bubbly Austrian. Neutra is famous for his California houses with large expanses of glass that wed the interior with the beauty of the California landscape.

Otto worked with Oskar Stonorov on the design of Hopkinson House in Philadelphia. Oscar was also a sculptor and loved literature. At Stonorov’s death, Otto and Philadelphia’s own Louis Kahn reminisced for two hours about the man they both had admired and loved. Otto worked with Harriet Pattison, one of Lou Kahn’s lovers. She was a landscape consultant on Otto’s Academy House project in Center City.

Space does not permit full mention of the other artists and architects that Otto engaged with throughout his long career, but here is a simple listing to give you some idea of the wide horizons of this man’s cultured life:

The world would be richer if Otto Reichert-Facilides had the time and energy to write a full-length memoir!

This article appeared in the CHESTNUT HILL LOCAL September 7, 2017