The Art of Desiging A Porch 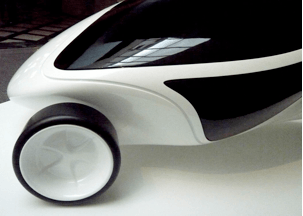 Several weeks ago I went to see the Zaha Hadid exhibit at the Philadelphia Museum of Art’s Perelman Center. My experience was troubling.

Hadid is an Iraqi-born architect whose offices are headquartered in London. She is one of today’s star architects with multi-million dollar projects under design and under construction around the world. Her works are strikingly original, visually arresting, but to my mind, seriously flawed.

Hadid, often referred to as a diva, is not a gentle woman. I saw her on TV ‘speaking’ with her employees. ‘Speaking’ is a charitable way to refer to the way she cursed her designers for what she regarded as poor design or poor performance. Steve Jobs was also a difficult guy but what he produced was a sublime fusion of user-friendly functionality and exquisite design. Not so with Hadid. The Perelman exhibit confirmed for me what I have long suspected, that Hadid’s confrontational personality results in designs that are aggressive, bombastic, and mostly about show.

Take the cushioned seats designed for watching the videos of her work. I tried to sit on them (all of them) and found it impossible. So did other visitors who tried to find a comfortable relationship between body form and the contours of the seat. All but a few masochists were forced to sit on the floor. Other examples of her seating were visually intriguing pieces intended to capture your attention but rarely if ever to use. They were geometrically exaggerated works of sculpture, costly to fabricate and of questionable functionality. So I ask, why were they ever conceived? They remind me of Frank Lloyd Wright’s furniture, which was equally uncomfortable — geometric exercises that looked interesting on the drawing board but with no sense of ergonomics.

Compare the furniture of Wright and Hadid to architect Mies van der Roe’s forever elegant and comfortable Barcelona chair. I first sat in the Barcelona chair in Philip Johnson’s Glass House in Connecticut and it was truly like sitting on a throne designed for the common man; I felt like a king. By contrast, one must feel like an alien on Hadid’s hard-as-nails, out of scale, purely-for-show benches. If the Barcelona Chair doesn’t ring a bell, no matter. You’ve probably seen dozens of them and even sat in one in an office-building lobby or the home of a friend. The Barcelona chair will endure as a near-perfect marriage of human form and ineffable, timeless beauty. Mies’s creation is an example of grace and respect for the user, the very opposite of what seems to motivate Hadid. I found it surprising that Hadid’s office used Mies’ Barcelona Chair in a promotional video for her Stone Towers project in Cairo, rather than one of her own furniture designs.

So, does Hadid’s architecture fall into the same category as her furniture? First, I must admit I have never yet visited a Hadid building and I know the risk of making architectural judgments in the absence of first hand experience. But as a practicing architect for forty-four years, I know how to read drawings and ‘read’ other aspects of design from the published images of a finished building or design proposal. To me, Hadid’s buildings are all about banging drums. There is a maddening absence of restraint, a token regard for function, and a troubling license for expressive excess taken to the extreme, which is why, for decades, many of her designs were never built. Her presentation drawings are truly works of art but I learned early in my career not to design a building for how it looks on paper, unless all you’re interested in is paper art.

Photography in the exhibit proper is not permitted but I was allowed to shoot her three-wheeled Z-Car in the Perelman’s lobby. This sleek prototype design tells it all: lovely to look at but never meant for actual use. Compared to Buckminster Fuller’s three-wheel Dymaxion car of the 1930s, at least Hadid got the curves right – they are alluringly sensuous. The roof of the cab hinges up to reveal a Buck Rodgers interior perfect for listening to the theme music of Kubrick’s 1968 film Space Odyssey until the cushionless spoon-shaped seats send you to your chiropractor. Also in the show are vases, jewelry, and clothing plus the exhibit design itself. A few of her vases were subtle and exquisite, but the rest of the exhibit left me cold. Don’t misunderstand me. I applaud artistic excess when redeeming values underlie it, such as in the awe-inspiring cathedrals of the Middle Ages. In these glass and stone sky reaching structures, excess serves a purpose greater than dazzle.

As for Hadid’s geometric virtuosity, almost no other contemporary architect can touch her. Google her King Abdullah Petroleum Studies and Research Center to see what I mean. But as you will hear when she herself explains her work on several on-line videos, it’s all about the skin and near to nothing about serving the objectives of the program and the needs of end users. This is fine art, not fine architecture.

What does Hadid’s self-indulgence and heavy-handed overkill say more broadly about today’s global culture? Many people around the world are spending truckloads of money to build what she and other like-minded architects are designing. To me it’s Disney culture turning into a very expensive bad dream. Perhaps my views will change when I actually visit a building by Hadid, which I hope is the case, because I am troubled by having such negative feelings about such a courageous, talented and successful artist. Architecture can certainly be sculptural, but pure sculpture usually runs the risk of not making good architecture. I urge you to see FORM IN MOTION at the Perelman or see the mind-boggling projects on her website and then judge for yourself.