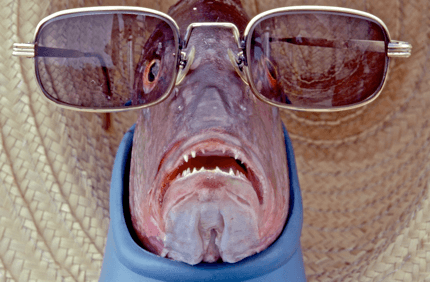 In Shakespeare’s A Midsummer Night’s Dream, Helena declares, “Love looks not with the eyes but with the mind.” Shakespeare, so perspicacious about so many subjects, could have reached even further in this observation (if the fruits of modern science had been available to him), and asked Helena to proclaim more broadly ‘We look not with the eyes but with the mind.’ That phrase sounds so simple and innocent. We’re inclined to embrace the poetic and figurative implications of the notion even though we’re dead certain we actually see with our eyes. The fact is, however, we don’t see with our eyes. Vision is an illustionistic phenomenon that is so overwhelmingly convincing that it’s hard to believe—some might say impossible to believe—that we don’t actually see what’s out there in front of us. Nonsense, many of you will assert, we certainly see what’s out there.

Let’s parse the word see.   Take the phrase ‘in the distance she could see the blue ocean.’ We understand this to mean that she is looking across space and sees out there the ocean glittering in the sunlight. What I intend to illuminate in this article is that it is physically impossible to see anything out there and that the very experience of seeing is fundamentally and necessarily illustionistic; seeing is an image-making activity that occurs only in the brain. As Shakespeare rightly claimed, we see with the mind. What we think we see out there is really what the complicated process of cognition constructs in here (tap your skull, please). When I share this notion with friends, they ask with alarm, ‘You don’t really mean to suggest that what I see with my eyes is an illusion and that there is really nothing out there—that seeing essentially is something like a hallucination. No, I am not saying that; there is something out there but it’s different from what we perceive (read: cognitively fabricate).

Lift your eyes from this page of the Local and look at something or somebody nearby. There is no question in your mind that you see that person or that thing; you see them across space and they are real. Right? Yes, they are real. But no, you don’t see them out there. It is physically impossible to see anything out there on the far side of your eyes.

The ancient Greeks, specifically Empedocles and Plato, believed there was some form of fire inside the eye, a spear of which shoots out of the pupil the way light shines from a flashlight. They believed that that trail of eyefire reaches out, touches, and brings back to the observer the essence of the object seen. Science, however, tells us the eye is simply a part of your brain that acts like a funnel and passively collects a portion of the billions of photons per second that bombard your face. Roughly 1500 years later an Arab by the name of Alhazen understood that the eye is but a dark chamber and light enters in carrying information from the outside world. But it doesn’t carry a picture; the picture must first be fabricated. Light merely carries energy packets of varying wavelengths on a one-way trip into the cranium. Rods and cones at the back of the eyeball convert the energy into electro-chemical impulses, and send those impulses in a micro fraction of a second to nature’s astounding cognition factory that is the brain. Impulses are shot back and forth between various processing centers in the gray matter where the impulses are shaped and reshaped using, in part, a lifetime of your memories to begin building the image. Some brain cells, for instance, only recognize vertical lines, others only horizontal lines, and still others only diagonal lines. Thousands of other cognitive image-building actions occur in a billionth the time it takes to wink. It’s all evolved to serve organism survival; your survival.

Too incredible to believe? Look into a night sky. You see countless stars twinkling far off in the Milky Way. You’re certain you see them out there. Except that most of those stars are now longer in the place they appear and some no longer even exist, having burned out eons ago. Such is the illustionistic nature of perception.

Shakespeare was on the right track again when he wrote, “When most I wink, then do my eyes best see.”